We expected that this would be the most interesting day of the trip, and it didn’t disappoint. The weather forecast indicated strong headwinds. This meant our original speed and route fuel would have been below the minimums we felt comfortable with. There are a few things you can do about this. Flying at higher altitudes reduces fuel usage, but anything above 12,500 feet requires us to be on Oxygen which I usually try to avoid. We can change the route, which puts us more over water. We can reduce power which gives us more endurance as long as the headwinds don’t increase. Or we can add a fuel stop which means either stopping in the Turks & Caicos (a UK territory) or an additional stop in the Dominican Republic and clearing customs without the support of our handler. We decided on a more direct route (flying more over water) and cruising at 65% power.

In the morning we headed to the FBO which turned out to be packed. Half a dozen private jets were ready to depart and passengers and crews were hanging out in the lounge. This turned out to be a good thing for us as we got lots of valuable advice. First, we actually don’t need to fill out a paper flight plan as we had thought. It turns out that if you fly above 7,000 feet you are in airspace controlled by Miami Center. You can file electronically and let clearance delivery in Nassau know to get the plan from Miami. Second, get your clearance before starting the engine as it may take a long time. They have a radio for this purpose in the pilot’s lounge. Once we got our clearance, it turned out our routing had changed to a longer route putting our fuel reserves to the minimum of 20 gallons we had set. Not good.

Customs and immigration was quick. The Caribbean requires a fair amount of paperwork (General Declaration, Cruising Permit, Immigration Forms) but a good FBO or Handler takes care of all of these forms.

We powered up the plane and after a 10 minutes wait were cleared to taxi and departure. The flight southeast over the main chain of the Bahamas is spectacular. Shades of blue mixed with the green of the narrow islands. Headwind was less than expected, and fuel looked good. Eventually we departed the island chain and were over open water. The closest land was far beyond glide distance and it was comforting to see the life raft on the back seat.

We entered Haiti air space and Miami Center handed us off to Port-au-Prince with a friendly “radio services terminated”. This part of the Caribbean doesn’t have radar. To keep planes separated, we had to report when crossing certain nav points and the expected crossing time for the next nav point. It took me a bit to figure out how to report these. Turns out the correct way is the fix name plus the expected UTC time in 4 digits, e.g. “ABC 1734” means you expect to cross fix ABC at 17:34 UTC. It’s also no longer “Zulu”. And “Continue Flight Plan” means continue on assigned route. There are almost no non-local small planes in this area. Controllers tried speaking Spanish to us but a friendly “no hablo…” elicited a response in fairly understandable English.

Next thing to get used to is the lower Transition Altitude. At 11,000 ft we were already on standard barometer settings.

We continued along the northern cost of Haiti and then cleared in the Dominican Republic. Headwinds had picked up to 27 knots but the fuel reserve calculated by the G1000 was still hovering at 20 gallons reserve. As we approached Punta Cana there was a steady stream of large jets heading for the airport. The airport has RNAV as well as RNAV+VISUAL approaches which I had never seen before. The controller didn’t give us lower altitudes until we requested to descend and then asked if we could join the approach with a > 90 turn. We accepted and with a steep descend and hand flown turn were established on the RNAV 08. We were asked to keep maximum forward speed with a jet coming in hot behind us. To make things more interesting, the middle exit of the 10,000 ft runway was closed. If we landed normally, we would have to taxi 7,500 ft before we could clear the runway. We ended up landing “Oshkosh” style flying down the first half of the runway and landing on the second half. Fuel was at our minimums on the dot.

Taxi instructions were “Alpha, 09, Hotel…”. Wait what? I needed two tries before I it sank in that they want us to taxi to the other active runway and taxi down that active runway. We made it to the FBO where our handling service (Trading Aviation) was waiting for us. They helped with airplane inspection, customs and immigration. Various pre-filled forms changed hands and within 15 minutes we were done. These handling services are not cheap, but worth it.

This was an amazing trip. Flying to Florida wasn’t all that different from an IFR flight in California. I am pretty confident now that I can fly this solo. And I have to on the way back. Mark is planning to stay in Florida. Flying in the Caribbean is different. The logistics are more complex and radio etiquette changes from country to country. I was very happy to have a co-pilot as there were plenty of occasions where only one of us understood what ATC wanted from us.

In total, the trip was about 20 hours of flight time. I was PIC on the entire trip and crossed 400h TT. If you want to get here quickly, fly commercial. But if you want to see the beauty of America’s deserts, canyons, swamps, Disney World and the Bahamas on the way, this is an amazing way to travel. 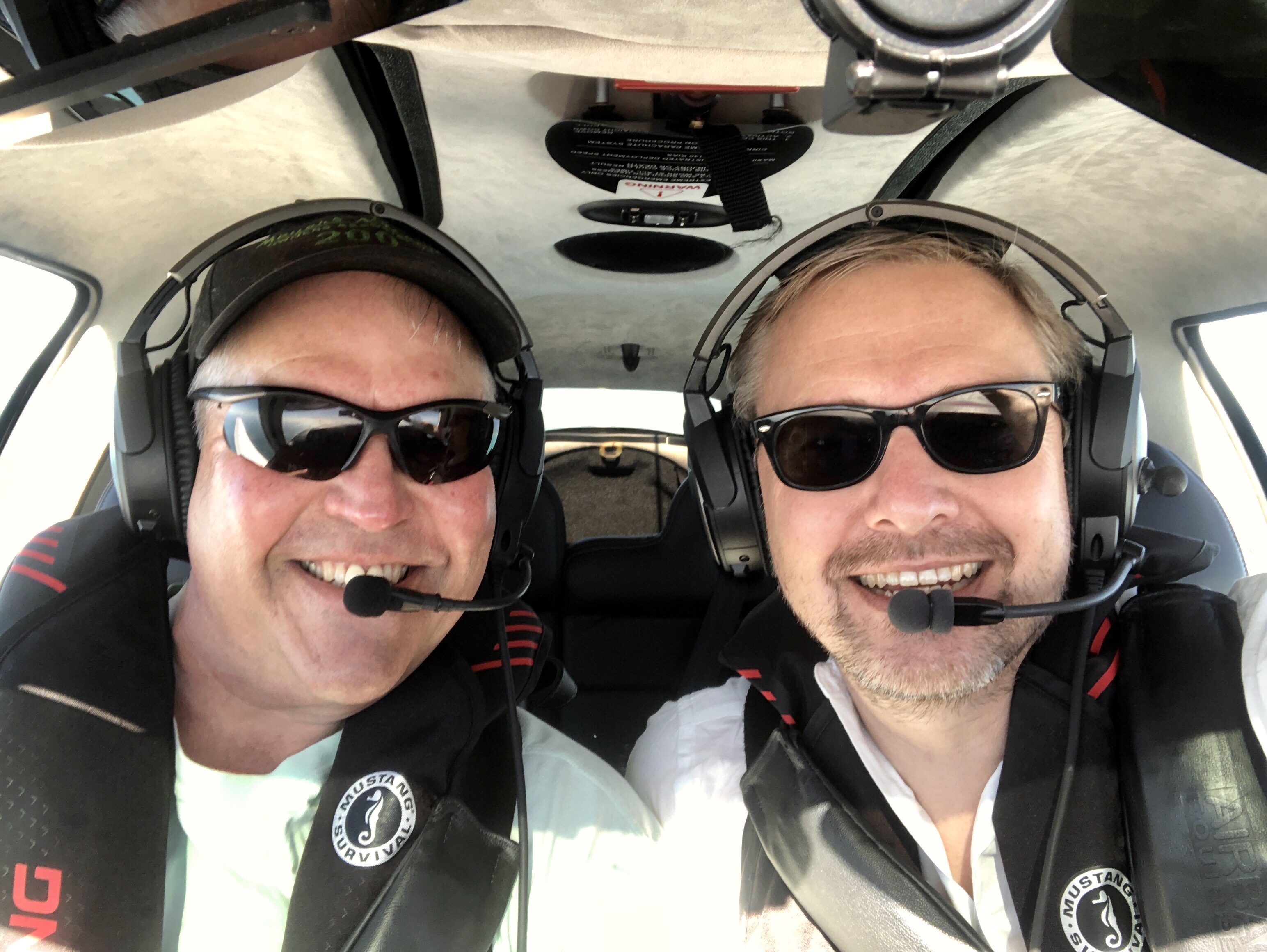 A huge thanks to my co-pilot Mark Erwin for coming along for the trip over Xmas and New Years. As always, I learned a lot from you.

Today slept until noon exhausted and happy. The plan is to relax here in Punta Cana and after new year fly the 20+ hours back to Palo Alto. What a great ending for 2018!

One Reply to “Flying from California to the Carribean (4)”